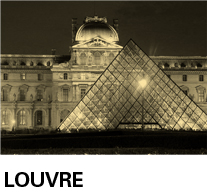 The graceful Marmottan mansion, located in the calm and leafy 16th arrondissement, is home to the world’s greatest collection of Claude Monet’s paintings, including the famous Impression: Sunrise over Le Havre. Fine work by Boudin, Morisot, Renoir, Pissarro, Sisley, Manet and Degas are also on view. Decorated with furnishings from the Empire period, the museum also holds an outstanding collection of illuminated manuscripts. 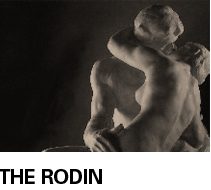 The Hôtel de Biron and its beautiful rose gardens are home to the definitive collection of Auguste Rodin’s sculptures, drawings, paintings and ceramics. From Rodin’s controversial early works to The Kiss, The Thinker, Balzac, the Burghers of Calais and his extraordinary portrait busts, it is all here in a magnificent setting. This two-hour tour covers the life and times of France’s greatest 19th century sculptor, known for his powerful, realistic yet unconventional work. 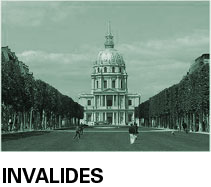 A tour of the Invalides can be linked to a tour of the nearby Rodin museum. This building complex, considered a masterpiece of French classical architecture, was commissioned by Louis XIV to serve as hospital, lodging and workshop for the veterans of his many wars. We will also visit the tomb of Napoleon Bonaparte, located in the royal church of St. Louis des Invalides, as well as the adjoining Soldiers’ Church.